Are You Ready For Some Football?

Fall is just around the corner, which means pumpkin spice lattes, sweaters, and non-stop football for the Royal Restrooms Family! We love this time of year, especially because it means that football season is in full effect.

Prior to getting married in 2012, I had little to no desire to watch football. Now that I am married, it is a type of religion in our household. Each Sunday we have friends and family over to watch the big game on TV. Our little gatherings have turned into massive productions. We love the excitement it brings to the atmosphere when you have fans rooting for opposing teams under the same roof. It really keeps the games entertaining. 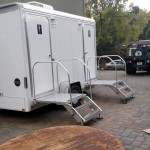 Our restroom trailers are the perfect teammate for your football events this football season. Let us touchdown in your driveway or back yard. Let us provide the facilities for your football party. Our impressive lineup of trailers is sure to be your first round draft pick for your event.

You’ve never truly experienced life until you’ve played football in the rain! Don’t forget to shower after the game, we provide shower trailers for needs as well.  This football season, make memories! We look forward to being a part of your new football traditions.

Some fun facts about the NFL brought to you by “For The Win”:

Resources: 18 crazy facts the most hardcore fans don’t know about the NFL. (2015). Retrieved from http://ftw.usatoday.com/2014/11/nfl-facts-crazy-super-bowl-patriots-joe-gibbs-oj-simpson

We just had our wedding over the weekend and the service from Royal Restrooms was outstanding. The restrooms were decorated so nicely and many didn’t even realize it was a restroom outside. It was like being in a bathroom at your house. The driver was so nice and the pick up service was amazing as well. I recommend this service to any wedding venue or other venue. 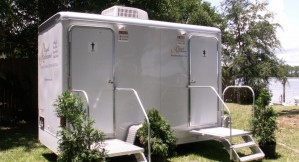